Revisiting Dan and Dani from The Block and Healthy Homes Australia 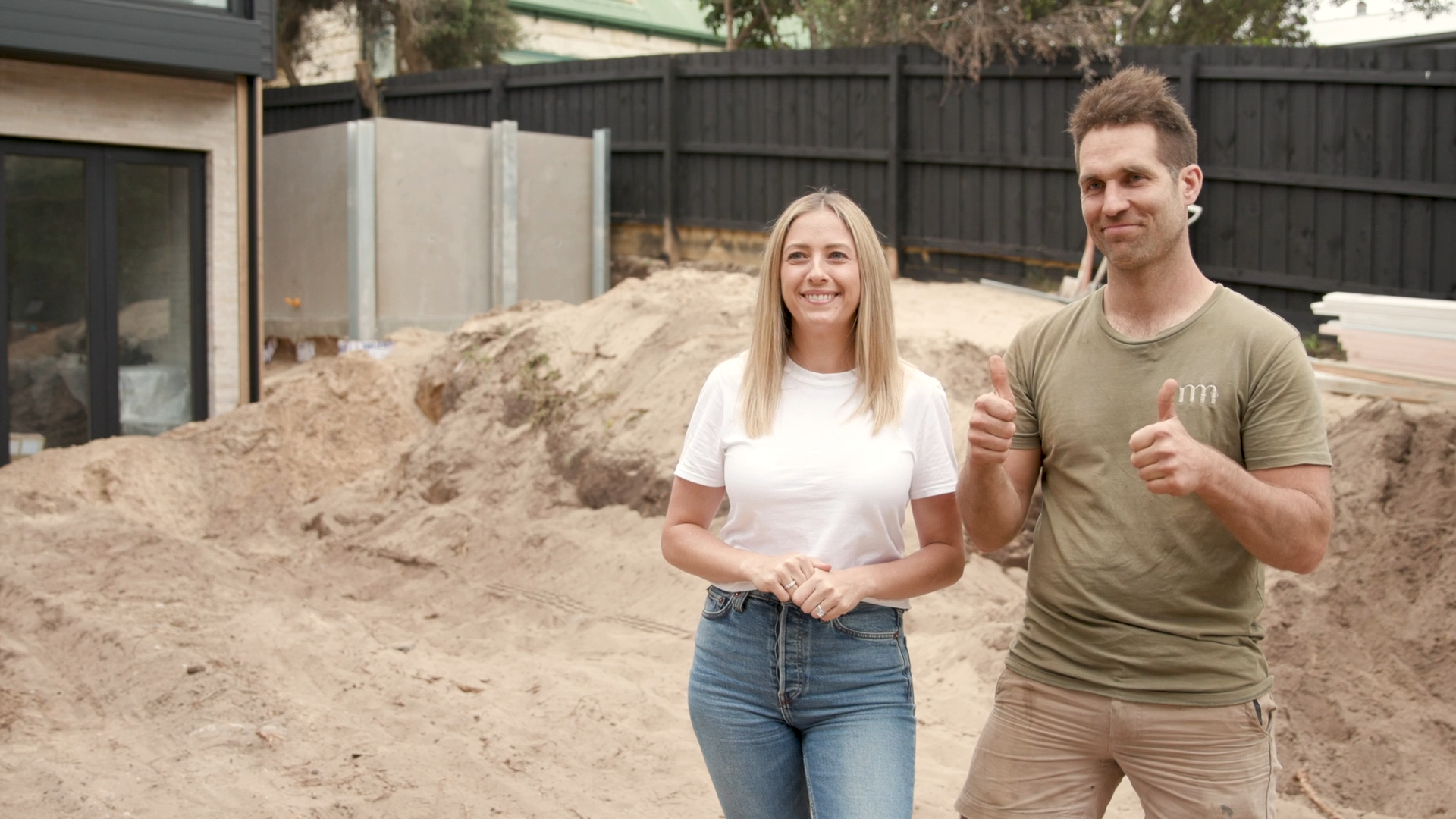 Around this time last year, we checked in with Dan Reilly and Dani Wales and the build of their home, Blairgowrie House, on the stunning Mornington Peninsula.

Dan and Dani were contestants on the 2012 season of The Block, with Dan returning in 2015 as the show’s current Foreman, and Dani going to co-host popular home and lifestyle series Healthy Homes Australia.

Blairgowrie House, with building design by Bellhaus and interior design and construction by Dani and Dan’s Design & Construction company Manna Made (formerly Red Door Project), makes a bold statement amidst the rugged beauty of the Peninsula. Practicality and liveability, however, have always been central to this build. “The key thing is making [the home] liveable for now and into the future… making use of as much of the site as we can to maximise all of those living spaces,” said Dani on our last visit.

Maximising as much of the site was a challenge in and of itself; a long and thin site on a 5m slope, building on soft, sandy soil.

“One of the key things for us was definitely fitting a pool on our site … [but] it’s been a challenge to ensure we found a suitable location that still enabled a connection to the home.”

Plungie’s 3.5 diameter radius Arena pool was included in the original designs, with Manna Made attracted to Plungie’s easy, one-day installation.

Almost one year on from our first visit, we returned to the Mornington Peninsula site on the most exciting day of the build (in our opinion anyway) – the install day of the Plungie! 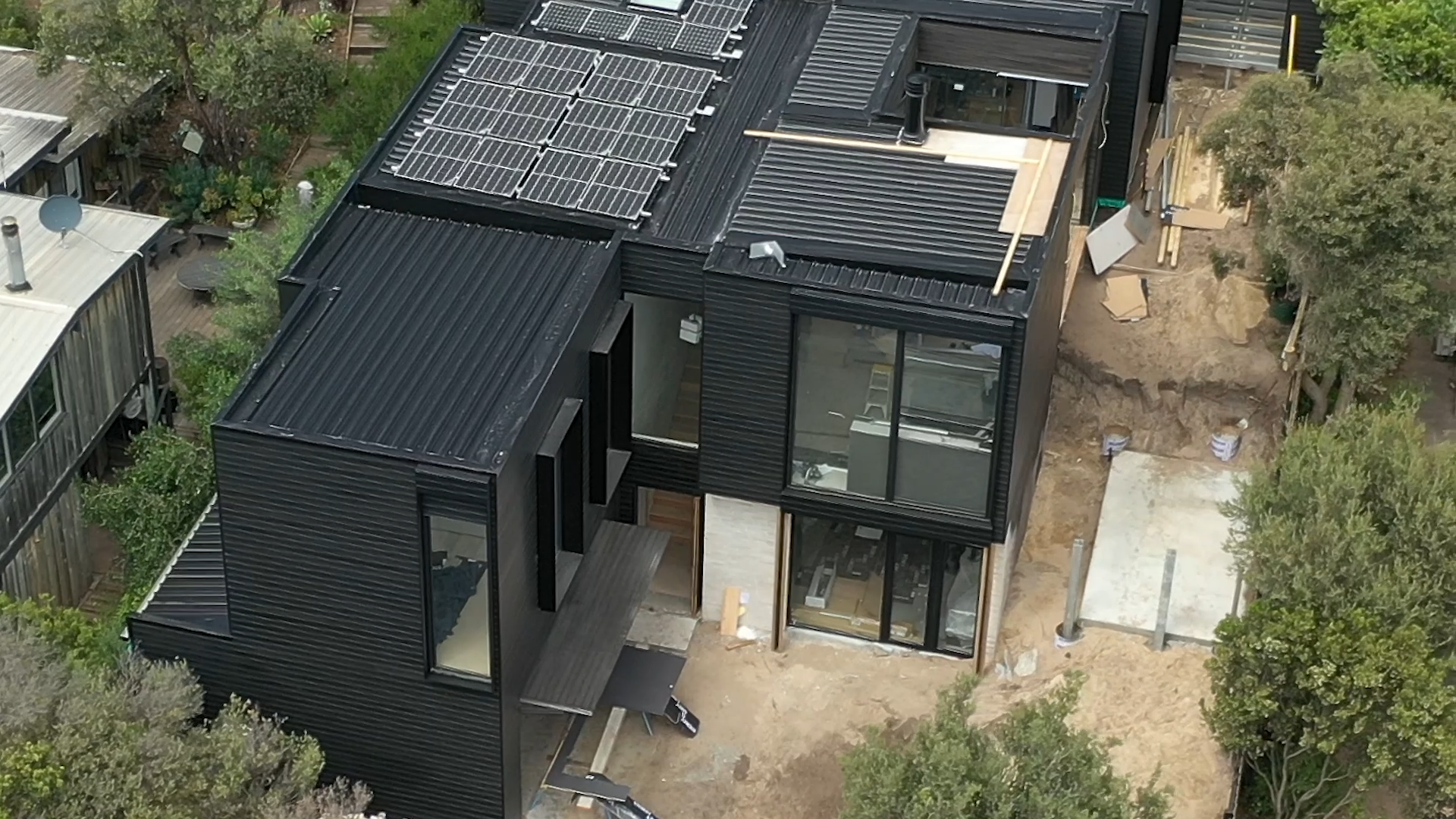 While the slab for the pool was laid in the same position as the original plans, we couldn’t help but to notice its distinctly rectangular shape.

As Dani explained, “as we started to build the home and realise, in actuality, the space that we had, [as well as] some extra little things that we wanted to incorporate, the Arena wasn’t going to be suitable anymore, so we opted to change the pool.”

This is where Plungie’s pre-set pool sizes came to the forefront, offering freedom and versatility unmatched by expensive, custom in-situ pools.

“We’ve now got the Original … which works better with where it is positioned and will allow us more circulation space around the pool.”

Plungie’s versatility and ease of installation shone through during the entire build and installation day. Despite the soft soil, tall building and difficult site, installing Plungie was faster than making a cup of tea. 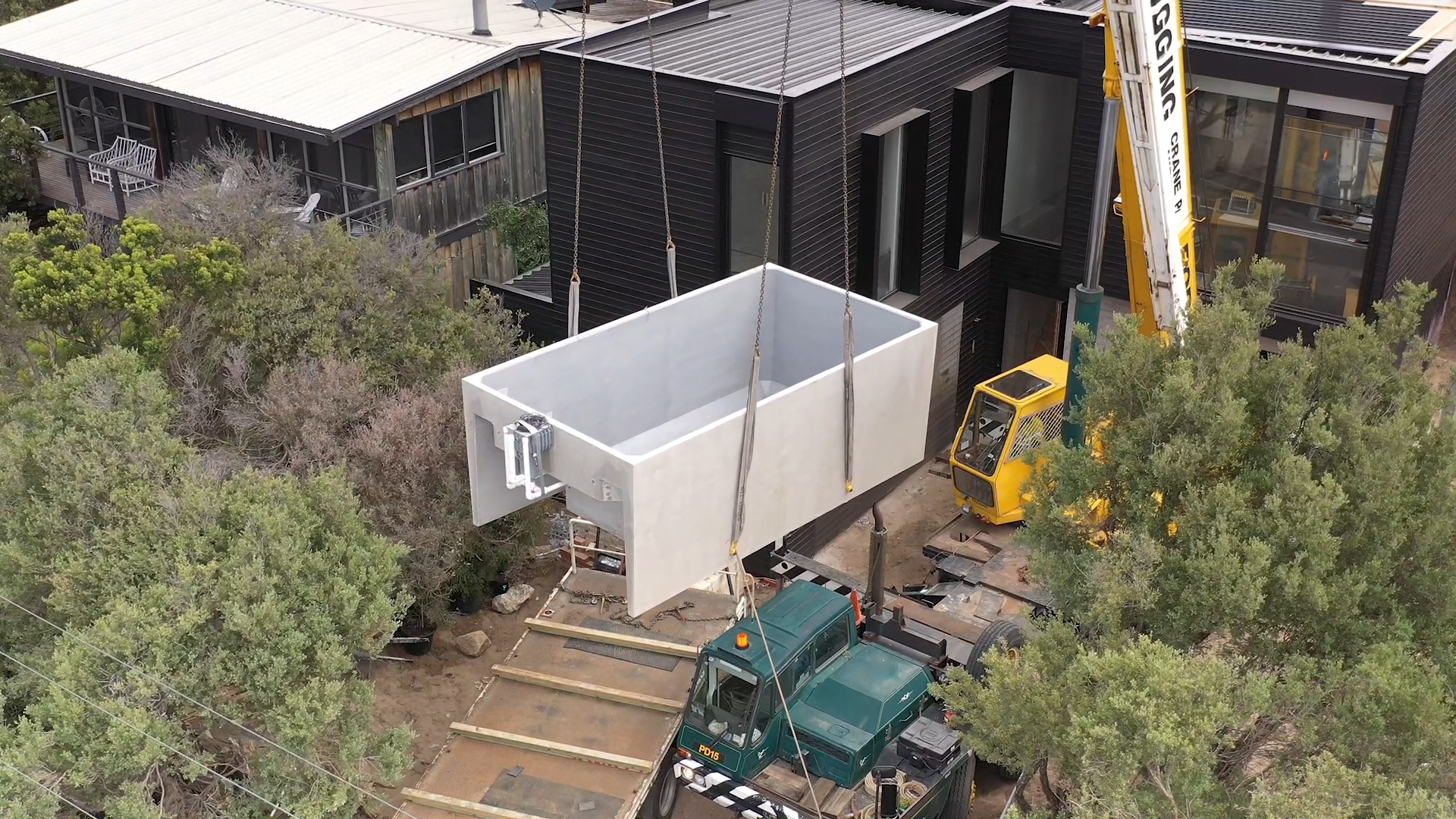 “The beauty about Plungie pools is they’re quite literally craned into place. Generally speaking, it’s more practical to install at the start of the job but for multiple reasons… we decided to do it at the end, but because it can be craned in there shouldn’t be too many issues,” said Dan.

While there were admittedly some nervous faces on the day, Dan spoke about Mick, the crane operator installing the pool, saying “he does a lot of Plungie pools these days – he’s not worried at all.”

It turned out that any apprehension Dan and Dani felt before the installation was all for naught.

Dan went on to explain, “I’m majorly relieved that the pool’s in. It went in really easy… I was stressing about nothing at the end of the day because it went in so easily”

“It did! It was… literally like a 4-minute operation,” continued Dani, “and [it] looks amazing!” 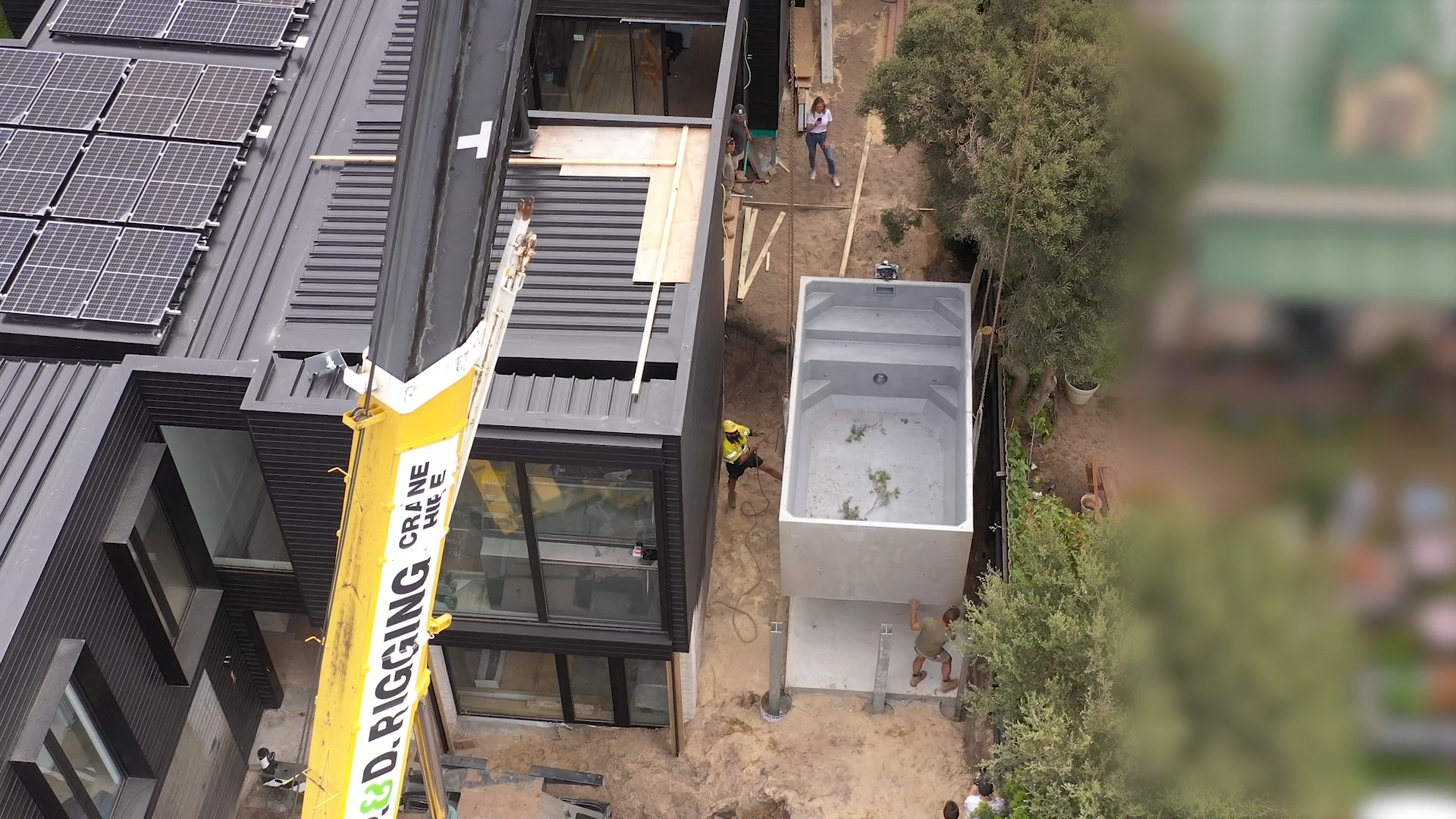 The finished product was a gorgeous Plungie Original, that completely maximised the outdoor space and complimented the structure of the home.

While not yet completed, Plungie presented a practical yet elegant solution to the challenges of Blairgowrie House, and we can’t wait to see the completed build. We’ll be back soon to see how this project finishes up. 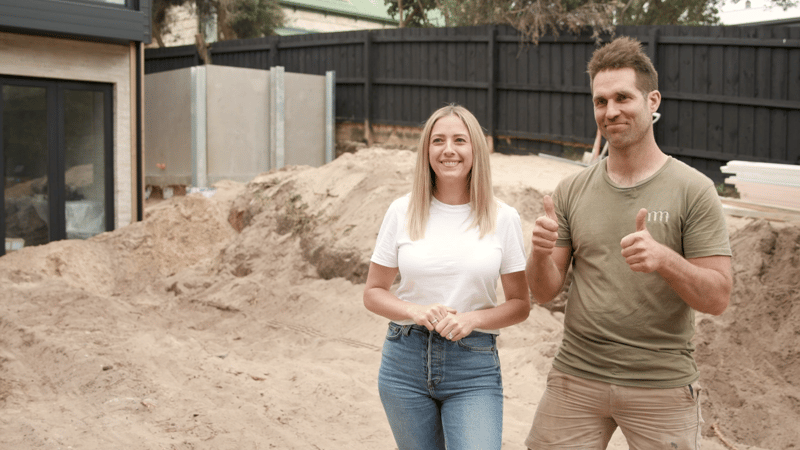